skip to main | skip to sidebar

Yesterday's lesson centred around the five areas of conflict that you need to have a strong theoretical understanding of. You need to be able to discuss each of these areas in relation to Paradise Road before we start developing your writing.

Examples:
1. ‘Conflict is inevitable.’
2. ‘Conflict occurs between the powerful and the powerless.’
3. ‘Without conflict, there is no progress or change.’
4. ‘Conflicts from history can teach us many things about ourselves and the times in which we live.’
5. ‘Social order can deteriorate into conflict and anarchy with disturbing ease.’
6. ‘Conflict is a destructive force in our lives.’
7. ‘Conflict is an unavoidable part of being human.’
8. ‘We need some degree of conflict and tension if we are to experience the richness of being fully alive.’
9. ‘Conflict is a clash of expectations.’
10. ‘Conflict is a fear of difference.’
11. ‘When conflict occurs the group becomes more important than the individual.’
12. ‘Conflict is not all bad.’
13. ‘Some conflicts are unavoidable.’
14. ‘Conflict can be character-building.’
15. ‘The most dramatic conflicts are often personal.’
16. ‘There are rarely two clear cut sides in human conflicts.’
17. ‘Conflict can corrupt.’
18. ‘Conflict is an inherent part of life; it is not necessarily negative.’
19. ‘Conflict is a true test of human relationships.’
20. ‘Conflict is the true test of someone’s inner strength and understanding.’
21. ‘It is not always easy to distinguish the innocent from the guilty in situations of conflict.’
22. ‘One conflict always contains the seeds of another.’
23. ‘History is shaped by conflict.’
24. ‘There is always more than one side to any conflict.’
25. ‘Societies that have experienced historical conflict learn how to create social harmony.’
26. ‘Sometimes we need to close our eyes and minds to reality if we want to avoid conflict.’

Key questions raised by this type of prompt:
• What are the different types and levels of conflict?
• Is it possible to live in a society without conflict? Or is conflict inevitable?
• When analysing conflict, why is it important to explore the cultural/historical/social/economic/religious context of the conflict?
• Do you think that those in positions of power are more or less likely to incite conflict to get what they want? Do the more powerful always win?
• Are there always two valid sides to every conflict?
• Taking the long view of human history, does conflict rule, or do consent and harmony? Why?

2. How individuals/groups react to conflict

Examples:
1. ‘People’s responses to conflict vary.’
2. ‘Often, how we respond to conflict depends on a variety of cultural factors out of our control.’
3. ‘Who we are is truly tested and proven when we encounter conflict.’
4. ‘Conflict can reveal unexpected qualities in an individual.’
5. ‘An individual’s ability to deal with conflict is determined by their self-knowledge.’
6. ‘Why conflict occurs is less important than how it affects people.’
7. ‘It is through conflict that we grow.’
8. ‘It is how people deal with conflict and what they learn from it that is important.’
9. ‘Conflict may change a person for the better.’
10. ‘Conflict brings out unexpected qualities in people.’
11. ‘The process for self-discovery inevitably involves some kind of personal struggle.’
12. ‘An encounter with conflict can make you a better person.’
13. ‘The way we deal with conflict has an impact on how we relate to others.’
14. ‘Conflict has only negative effects on individuals.’
15. ‘The best way to deal with conflict is head-on, not by avoiding it.’
16. ‘Staying true to our core values is the best way to deal with conflict.’
17. ‘When conflict arises, it is impossible not to take a side. Everyone has a role.’
18. ‘The initial response to conflict has an important influence on the outcome.'
19. ‘In times of conflict, ordinary people find themselves capable of great things.’
20. ‘A person’s attitude to conflict can have a significant impact on its outcome.’
21. ‘Encountering conflict can cause an individual to reassess their values.’
22. ‘Heroes often emerge from conflict.’
23. ‘Individuals will always respond differently to conflicts.’
24. ‘The way individuals respond to conflict is often determined by past experience/culture/gender.’
25. ‘It is impossible to fully comprehend conflict as a bystander.’
26. ‘Conflict makes people act of character.’

Key questions raised by this type of prompt:
• How does conflict affect individuals differently?
• Is conflict something we should always avoid?
• Is a person’s response to conflict always dictated by the cause of the conflict?
• Are there cultural factors that might contribute to different responses to conflict?
• Is what we call ‘manners’ really an informal system designed to limit instances of conflict between individuals?
• What factors influence how a person deals with conflict? (eg. temperament, social/cultural/historical/family/political/religious background, nature of the issue)
• Describe some of the ways people may respond to conflict. (eg. with tact, dignity, concern for others; with aggression and hostility, as appalled victim; as a spectator etc)

Examples:
1. ‘Conflicts involve a clash of ideas, interests and expectations.’
2. ‘Conflict is born of fear.’
3. ‘Conflict is born of ignorance and intolerance.’
4. ‘The prime instigator of conflict is fear.’
5. ‘Fear of what is different or unfamiliar lies at the root of conflict.’
6. ‘Major conflicts often arise from minor misunderstandings.’
7. ‘Conflict is often the result of miscommunication.’
8. ‘New environments create conflict.’
9. ‘Social hierarchies create conflict.’
10. ‘Conflict is often the result of differing beliefs.’
11. ‘Conflict emerges from intensely emotional situations.’
12. ‘Power imbalances will inevitably produce conflict.’
13. ‘Conflict is heightened when people are not permitted to speak.’
14. ‘When values of institutions are at odds with those of individuals, conflict arises.’
15. ‘Conflict can bring out either courage or cowardice in an individual.’
16. ‘The clash between reason and emotion lies behind many conflicts.’
17. ‘The victims of one conflict are often the perpetrators of another.’
18. ‘Conflict is more likely to occur when reality doesn’t meet our expectations.’

Examples:
1. ‘Conflicts may be difficult to resolve.’
2. ‘Some conflicts have a history that makes them impossible to resolve.’
3. ‘Conflict cannot be resolved with violence.’
4. ‘The way that conflict is resolved determines whether we heal and move forward.’
5. ‘Conflict can only be resolved when both parties are prepared to compromise.’
6. ‘The search for truth and justice is vital in resolving conflicts.’
7. ‘Conflict is rarely resolved.’
8. ‘It is possible to resolve conflict but sometimes we choose not to do so.’
9. ‘Conflict has the ability to bring people together towards resolution.’
10. ‘Conflict is more likely to persist than to be resolved.’
11. “Life is rarely without conflict; it is how we resolve it that matters.’
12. ‘Real conflicts do not offer easy resolutions or neat closure.’

Key questions raised by this type of prompt:
• How are conflicts resolved?
• What types of conflict are the most difficult to resolve?
• Do you think that there are there some conflicts that can never be resolved?
• What impact might different solutions to conflict have on individuals?
• Is there always a solution?
• Is there a tendency in nature, or in people, to try to resolve conflict? Why?
Posted by Ms. Ep at 4:05 AM 3 comments: 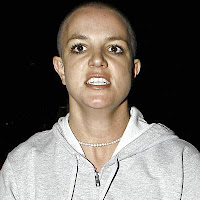 We have been discussing why individuals respond to conflict in particular ways. To recap, here is a summary of what we came up with.

How an individual responds to conflict can be influenced by their:

Now we have to look at how all of these factors affected characters such as Will Thornhill? This needs to come through in your group presentations.

How a person responds to conflict may be influenced by the nature of the conflict. For example, what type of conflict is it?

It is important to understand the cultural/historical/social/economic/religious context of conflict.

How does this statement apply to The Secret River?

So much more to talk about. Looking forward to Robert Hillman tomorrow!
Posted by Ms. Ep at 10:18 PM No comments:

Encountering Conflict - what does it mean?

The first thing you have to do is form your own understanding of what the Context, "Encountering Conflict" means. The dictionary seems like a good place to start.

conflict (noun)
1. a fight, battle, or struggle, esp. a prolonged struggle; strife.
2. controversy; quarrel: conflicts between parties.
3. discord of action, feeling, or effect; antagonism or opposition, as of interests or principles: a conflict of ideas.
4. a striking together; collision.
5. incompatibility or interference, as of one idea, desire, event, or activity with another: a conflict in the schedule.
6. Psychiatry. a mental struggle arising from opposing demands or impulses.

Quotes
You can broaden your understanding of the term by looking further afield - perhaps famous quotes. Here's one. Why are most the quotes on the web by Americans?


We see conflict as a positive dimension in our everyday lives and a life without encountering conflict would deprive us of creative energy, impetus for progress and the opportunity to deepen our experience in life. However, the important thing is to be able to deal with the emotions which arise in ourselves and in others when faced with conflict.

The best thing I like about this quote is that it establishes that encountering conflict isn't necessarily a bad thing.

Media
The media is also an obvious place to look for current conflicts. Grab a newspaper or visit one of their websites. What type of conflicts are currently occurring? Afghanistan. Yet conflict encompasses more than war. What is the most prominent issue being reported in the news this week? What type of conflicts have arisen out of this issue? Who is experiencing the conflict?

Personal experiences
Perhaps a better way to start is to reflect on conflicts you have either witnessed or been involved in.

We are just beginning. So much to discuss. Paradise Road and the background to it- World War 2. Lets' not forget the main aim - some fantastic writing from you people in response to a prompt on Encountering Conflict. Imaginative? Expository? Persuasive?

A part of the course where you have some choice - you've got to love that!
Posted by Ms. Ep at 9:48 PM No comments:

Our context for Creating & Presenting is Encountering Conflict. The texts we will be drawing ideas from to develop our own writing are Bruce Beresford's film, Paradise Road and Arthur Miller's play The Crucible. 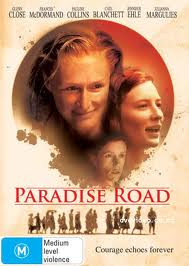